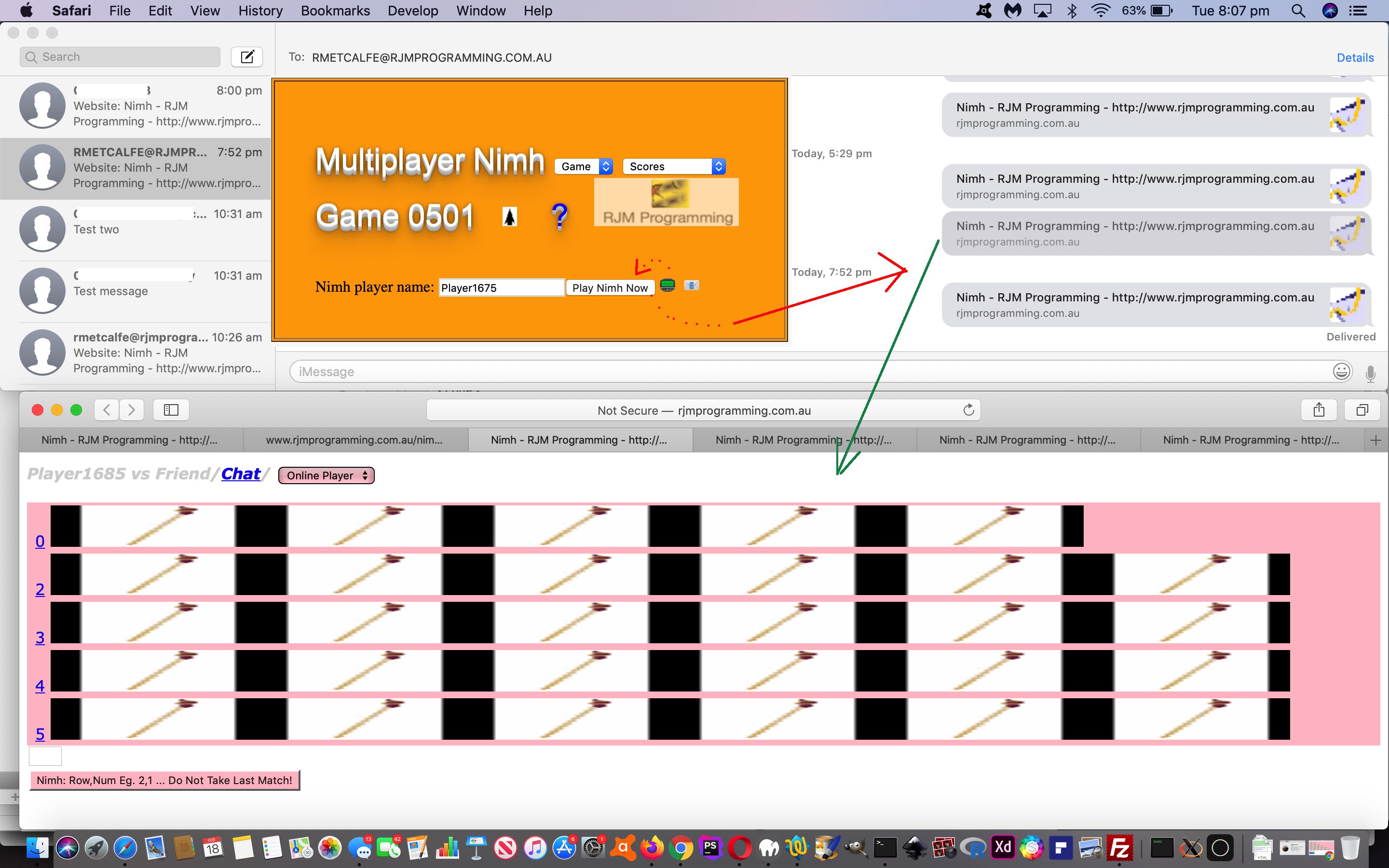 The recent Nimh Game Revisit Tutorial continued the idea with our Nimh game, whereby a human plays the computer, and we take it you can see that two players within reach of a device playing the game could collaborate as a two player choice. But what about a competitive two player mode of use? Yes, that might be good, but how?

Solutions wise, from coolest to hottest (does not compute?) …

… and similar thoughts for Email 📧 button. On macOS an SMS address can be an email address, on occasions, and we cater for both possibilities, in this scenario. 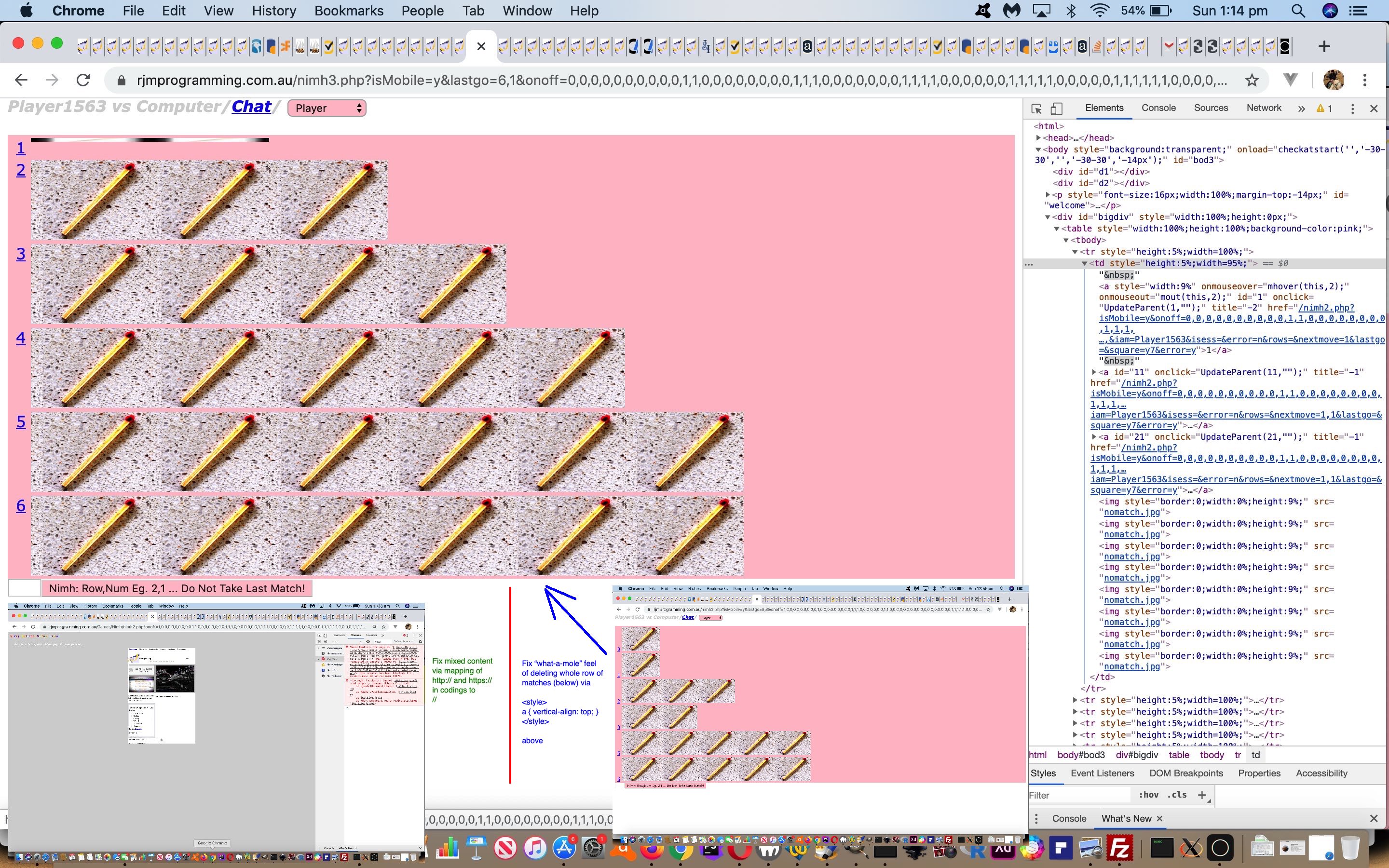 We’re revisiting our Nimh (“play the computer and do not get stuck with the last match”) game today, for a few reasons …

… that we hope makes the game below more bearable …