The recent Text to Emoji Translation Textarea Tutorial got me forensically examining the two finger gesture menu of an HTML textarea of a webpage, hosted on macOS. We’d never visited the “Services” submenu here, and were gobsmacked that we, as mere mortals, can “Add to iTunes as a Spoken Track” the Speech that gets derived, perhaps by the brilliant say command line command, from Text of that HTML TextArea element.

You can see us using it with today’s animated GIF presentation. Along the way to achieving this whereby the default path for default settings below ended up writing m4a audio files to “/Users/user/Music/iTunes/iTunes Media/Music/Unknown Artist/Unknown Album/” (where our $HOME equates to /Users/user/) …

… that “System Voice” dropdown being a say looking one and the “Where” default place being “Music”.

We can feel some PHP “audio functionality” ideas coming on … perhaps we need to take a Bex and have a lie down.

But then again … perhaps you are on macOS now, and want to see this? Try this live run link and two finger gesture the “say” wording suggestion in the textarea element presented. 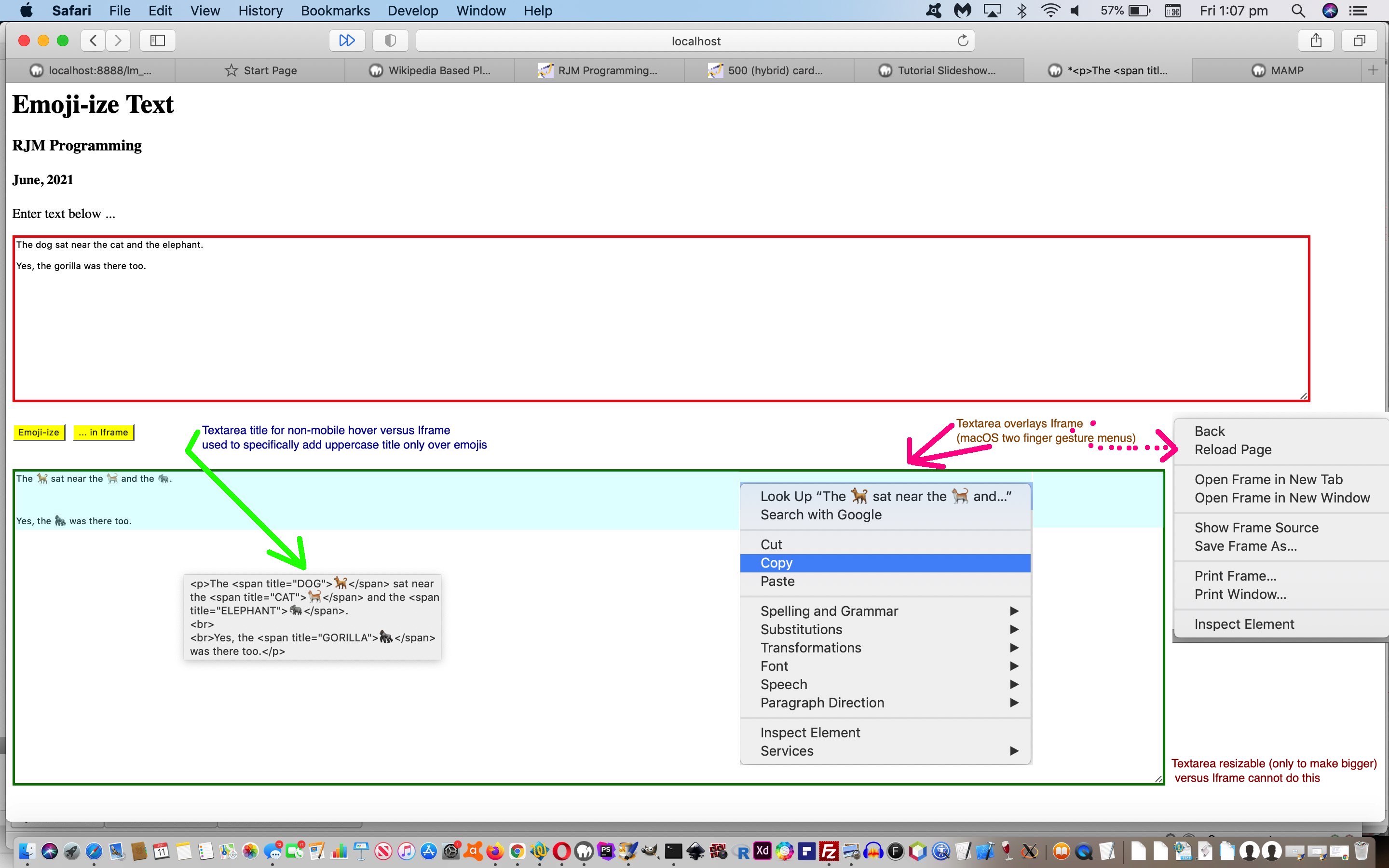 Yes, this is not the best approach, we concur. And yet, it is not all bad. Let’s tabularize what we mean here (including macOS two finger gesture or Windows right click menu functionality possibilities), below …

And so, we allow for the old “Iframe” element approach to still be accessed, but turn the default workflow into a design whereby “Emoji-ize” textual results end up in a “Textarea” element for a changed parent HTML/Javascript fillin_gaps_with_emojis.html ready for you to (re-)try at this live run link. 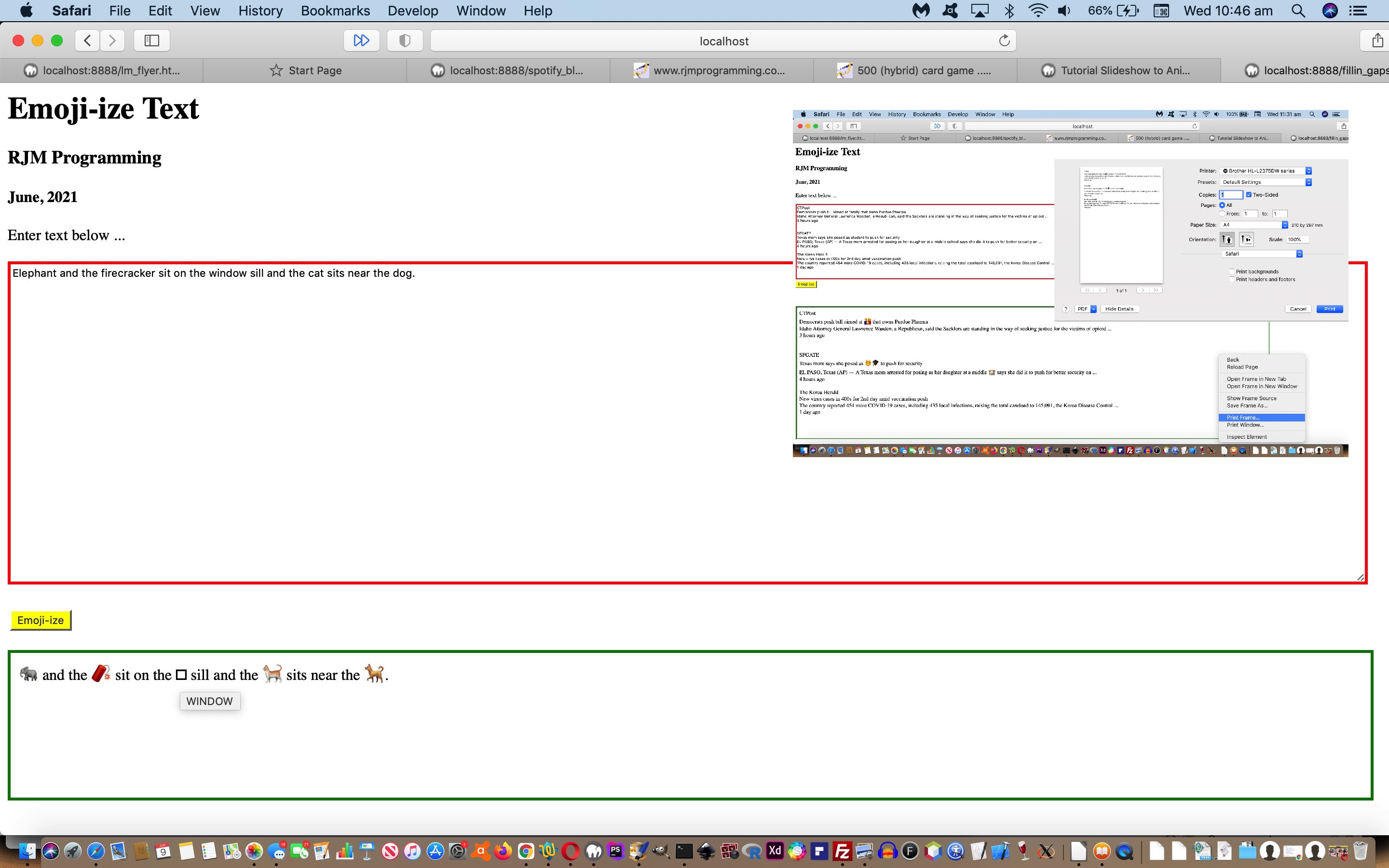 We’re starting a new coding project, today, calling on the genius of Emojipedia for an …

… mangling of English … as well as an interesting substitutional feeling web tool.

… and looking into that second idea was surprised that the Bluetooth icon, let alone emojis for concepts like WiFi or “Power On” (ie. concepts, by and large, we guess) will either never become emojis or will be slow to get to becoming an emoji. More, emojis suit our real object nouns in our languages, and so we wanted to write a substitutional web application to see whether my theorizing carries any weight.