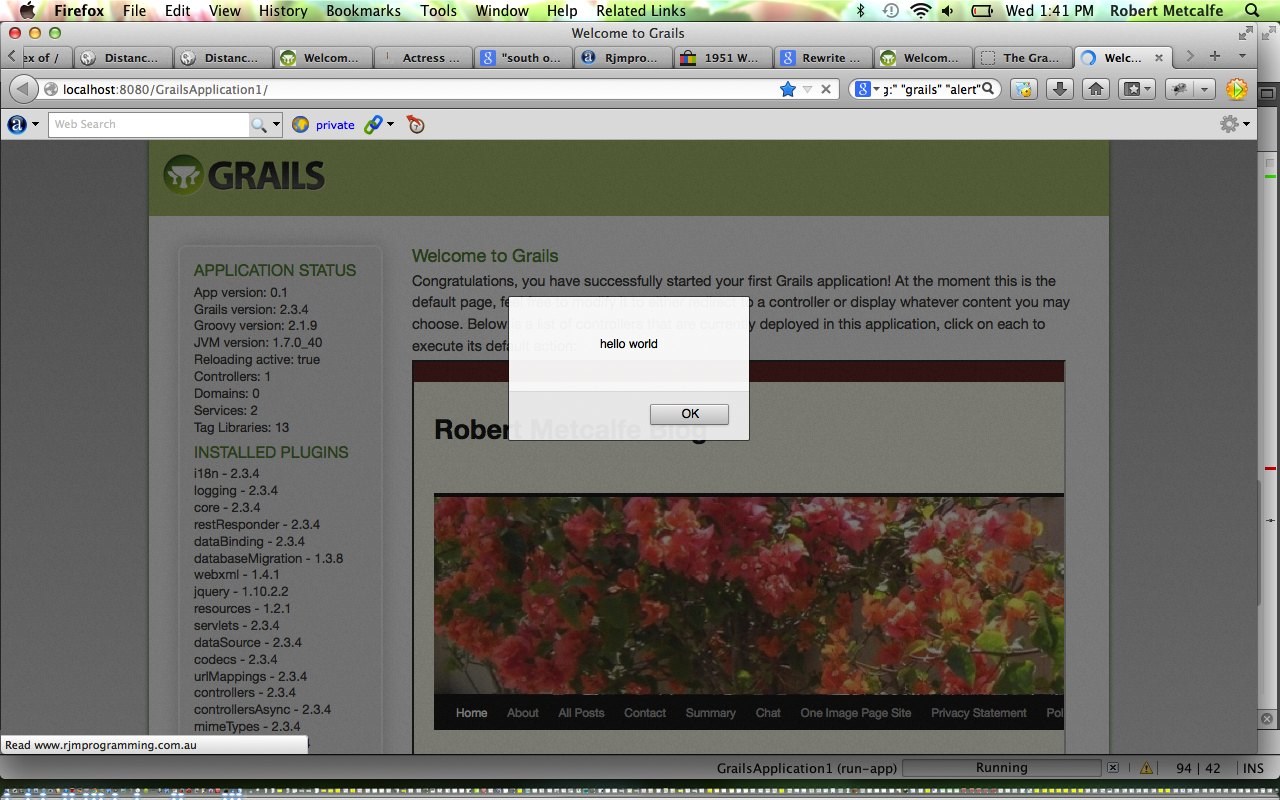 Today’s NetBeans (IDE) Grails (framework) Groovy (programming language) Primer tutorial shows a simple application project using Groovy with a Grails framework, which is an environment with similarities to Java. Let’s see below some of what Wikipedia says about Grails.

Grails is an open source web application framework that uses the Groovy programming language (which is in turn based on the Java platform). It is intended to be a high-productivity framework by following the “coding by convention” paradigm, providing a stand-alone development environment and hiding much of the configuration detail from the developer.[citation needed]

Programming IDEs take a lot of the hard work out of tasks such as compiling and linking in languages such as Java, C, C++, VB.Net, C# and Groovy (as for our tutorial today). In the case of NetBeans IDE, which this blog reintroduces to you today (its customary to shake hands, and no Klingon is necessary), it can create a Groovy Web Application using a Grails framework and Apache TomCat web server, for instance, as we do today to create a Hello World plus Blog Iframe web application. To cut a long story short, there aint nothin’ wrong with a good ol’ IDE, but beware of IDEs in March.

So here, today, we show a Grails and Groovy installation in a Mac laptop Terminal bash environment.

NetBeans can be an IDE for much more than Groovy (on Grails) … it can supervise Java and other Maven language assists, PHP, C++ and HTML/Javascript.

Link to Groovy information from Wikipedia.

Link to Groovy download (what used to have associations with Codehaus, thanks) led to GVM install for Mac laptop Terminal bash led to Grails install.

Link to Grails information from Wikipedia, from where the quote above originated.