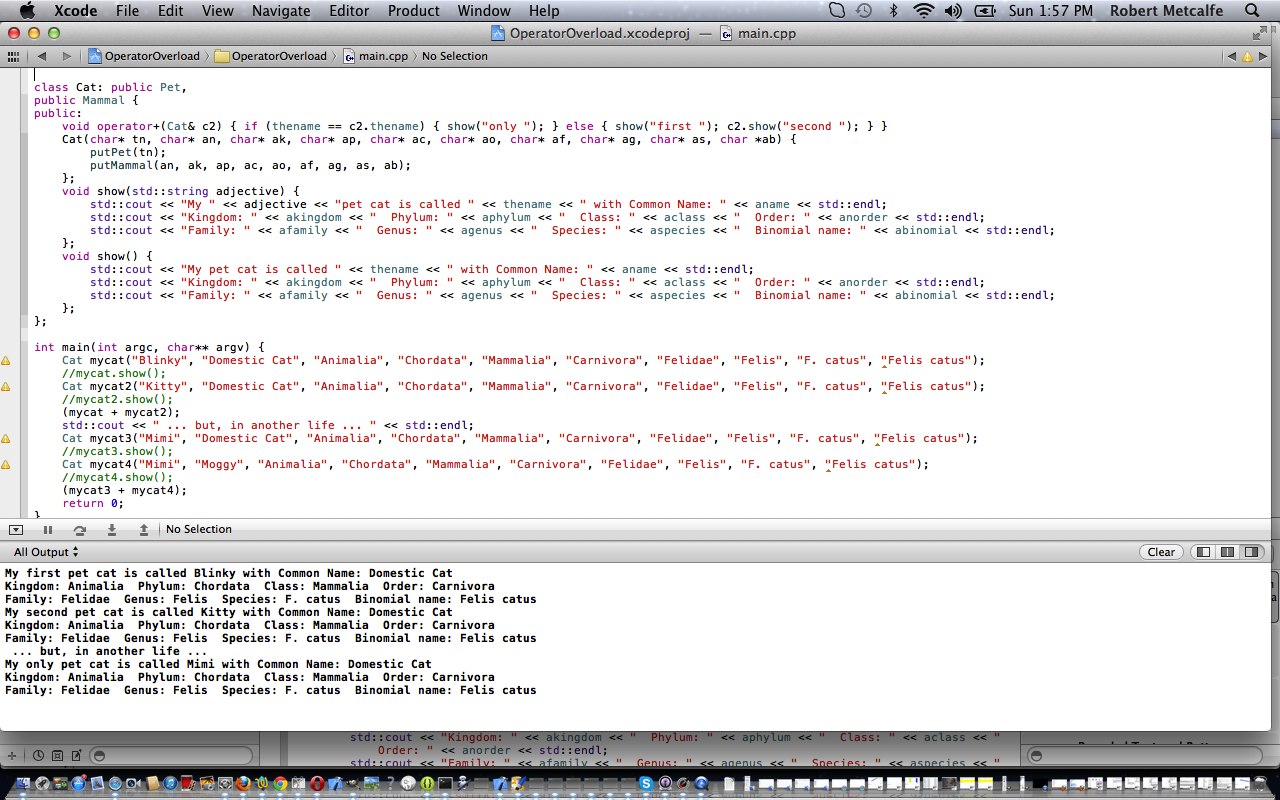 Operator overloading is claimed to be useful because it allows the developer to program using notation “closer to the target domain”[1] and allows user-defined types a similar level of syntactic support as types built into the language.

Click on picture to see some C++ using Xcode for this, as well as an example of Function Overloading.

Link to some downloadable code … rename to main.cpp for use. 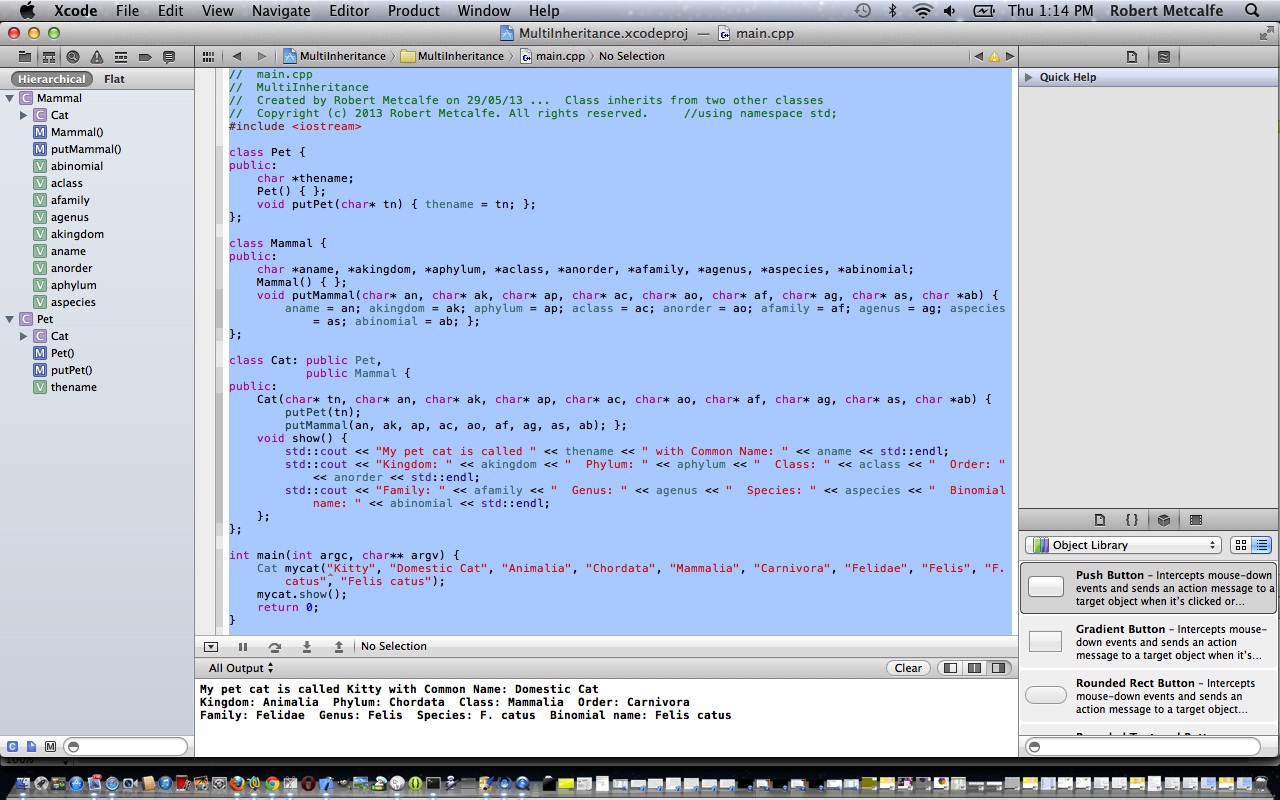 Here is a programming tutorial that introduces you to some more aspects of OOP … oops, forgot to say what OOP stands for … Object Oriented Programming … specifically regarding Multiple Inheritance.

Object-oriented programming (OOP) is a programming paradigm that represents concepts as “objects” that have data fields (attributes that describe the object) and associated procedures known as methods. Objects, which are usually instances of classes, are used to interact with one another to design applications and computer programs.

To me, the beauty of OOP is that it can relate to the nouns in our life. Think of an object that you can touch, like a wristwatch … it has features like its type of design, its size, its weight (ie. its properties), and it has objects that go to make it up, like cogs and wheels (ie. its components), and it has its related classes of objects like clock, alarm clock, oven timer etcetera (ie. its characteristics), and its more fundamental essence, the class of watch (ie. its inheritance).

In this tutorial we touch on Multiple Inheritance by the way one class can inherit from more than one other class.

Let’s see some C++ using XCode for this …