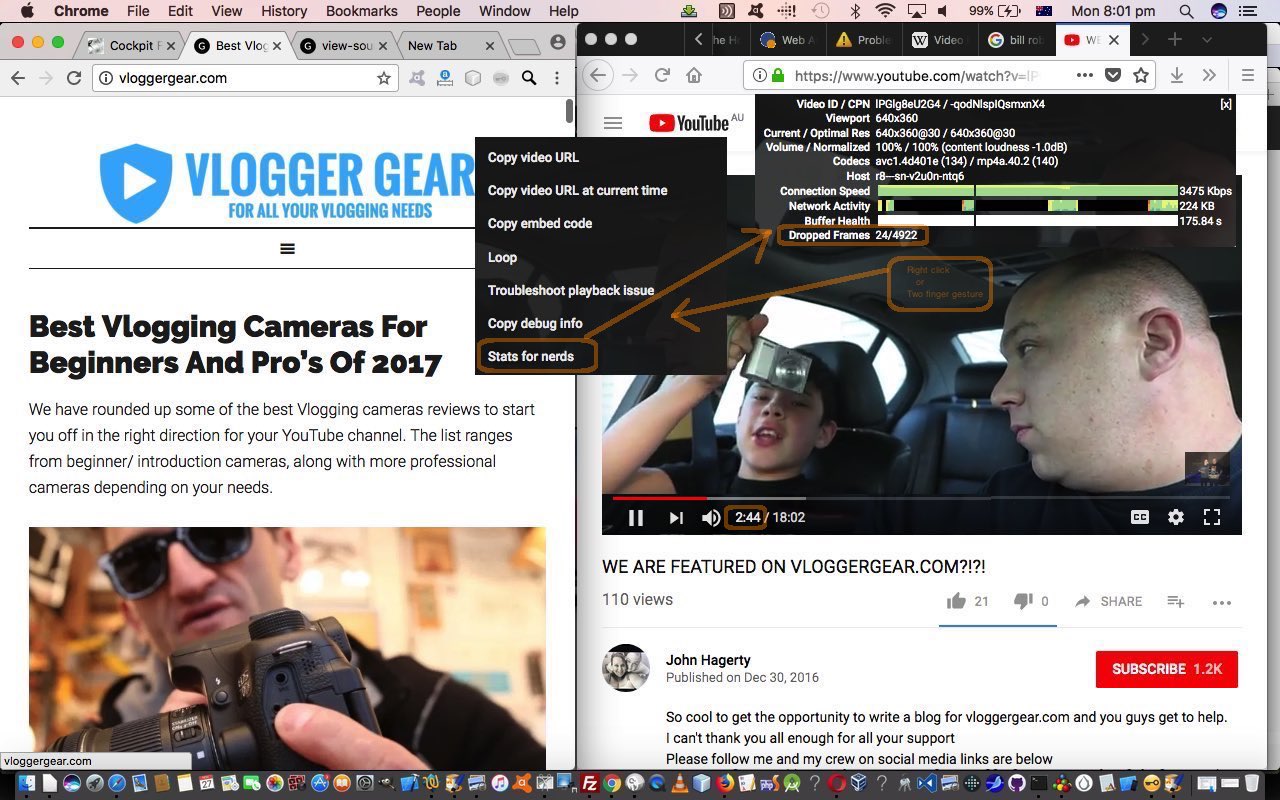 A blog (a truncation of the expression “weblog”)[1] is a discussion or informational website published on the World Wide Web consisting of discrete, often informal diary-style text entries (“posts”). Posts are typically displayed in reverse chronological order, so that the most recent post appears first, at the top of the web page

… with an emphasis, to varying degrees, on a mix of words and media, whereas there is another “logging” approach on the web, known as a video log (or vlog), where the emphasis is more on your “moving pictures” approach …

A video blog or video log, usually shortened to vlog[1] /ˈvlɒɡ/, is a form of blog for which the medium is video,[2] and is a form of web television. Vlog entries often combine embedded video (or a video link) with supporting text, images, and other metadata. Entries can be recorded in one take or cut into multiple parts. The vlog category is popular on YouTube.

… and it is no co-incidence we arrange the Wikipedia quote above to end on YouTube which is like “Vlogging Central”. YouTube channels can be a great place for “Vloggers” to show their wears.

You need to learn the skills in video production and video editing and camera and photography skills before you can reasonably expect to succeed, and monetize a YouTube Vlogging channel, and with this in mind (for you, perhaps) we’ve become aware of a great website by Bill Roberts here to help you along with researching these skills at the excellent Best Vlogging Cameras & Reviews of 2017 | Vlogger Gear website.

They say every picture’s worth a thousand words, so what about an FPS of, say …

There is a right click (for Windows, two finger gesture for Mac OS X) “piece of functionality” option on a YouTube video called “Stats for Nerds” which is good for … stats … for … nerds. We estimate FPS (frames per second) above by using this “Stats for Nerds” information.