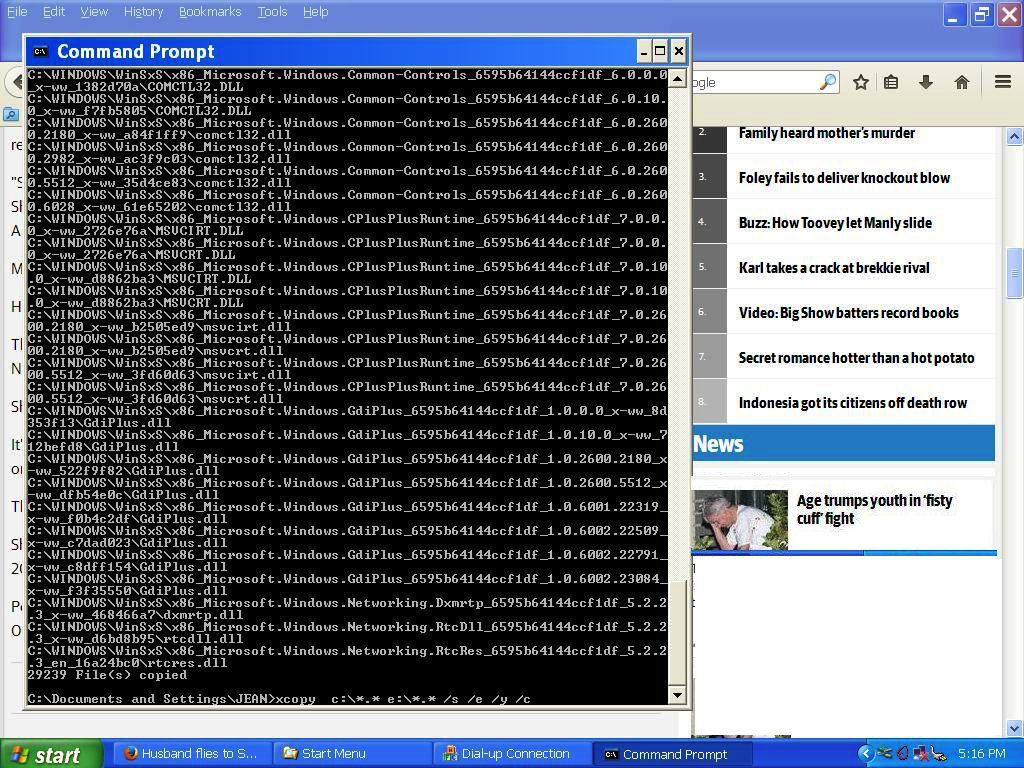 Do you like to try to keep things simple and fundamental? Sorry … call me troglodyte … but that is often moi … figure what you got operating system wise should be enough to do most things … otherwise, why would anybody advocate that way of doing things … that operating system thing would not have become so “big” except for the case that it had some really good things going for it … include the early days of Windows (with the Microsoft and Xerox and Apple “toings” and “froings”) operating system in this thinking too, because even though there was not much competition in this personal computer business (back in those really early days of personal computer talk), am pretty sure it would not have taken off if the software was a complete “lemon”. You can come out now … end of rant.

Okay, we are in Windows, and in Command Line, today … still think of this as DOS (or MS-DOS), and indeed it is … have always loved the “xcopy” command … have you noticed “xcopy” is not part of command.com, as “copy” command is? It is an exe written later (and made very useful and powerful, and now one of the most established “exe”‘s of all time), and it is very good.

You hear a lot about Windows Backup media ideas and software, but if what you are backing up is not huge, and will fit on one media “item” … ie. one memory stick, one CD, one floppy disk … defy anybody to say there is a better simpler method than to use “xcopy” DOS (command line) command to do it … just …

… can it just be stressed if you want to leave an “xcopy” (backup) running alone, that will take ages, (please) remember the “/c” switch.

The other advice I’d give with above, is that it is good (but perhaps not essential) that the “f:” media disk above be empty before you start, and all going well for diskspace you’ll have a one to one file on media versus used-to-be-file-on-hard-disk arrangement … bliss … simple, complete and effective … not asking for anything new.