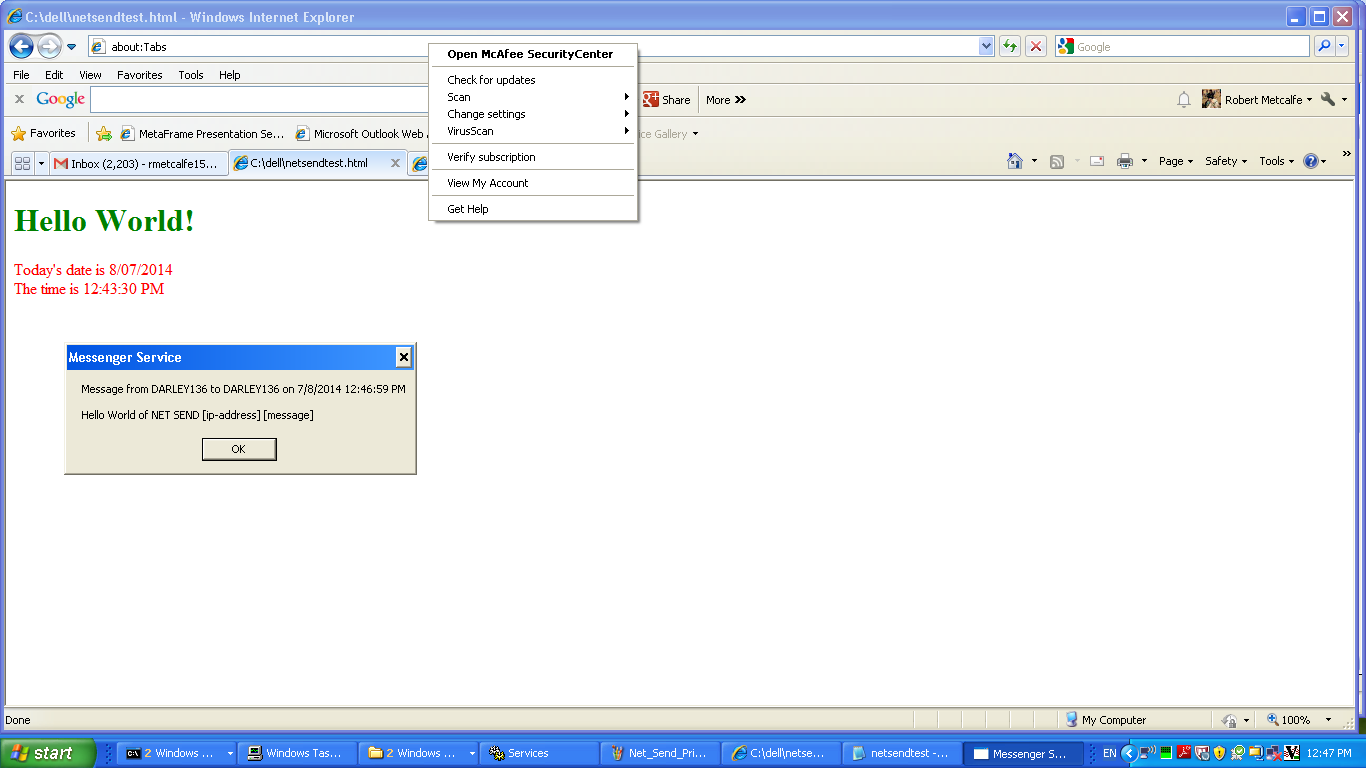 With the Windows operating system, in the days of Windows XP, the Messenger service was more “mainstream” with the installations of Windows, and accepted or tailorable by firewalls (via firewall.cpl) and services (via services.msc). In these times the Command Line command NET SEND [ip-address] [message] could be used (quite often joyously by students) to send messages to other PCs on the same network (especially if [ip-address] is broadcast via the * usage).

It may be that if you have a Windows from Windows Vista on, you may not have this command available or even configurable. If you have a chance of doing it you’d want to see a service called “Messenger” defined after you go services.msc … and if it isn’t started you’d need to start it, if your firewall (via firewall.cpl) settings allow. A command line command, that may work for you, that would do this, too, is NET START Messenger

Can we say this is like email from the Windows (DOS) Command Line … perhaps not … but if put into batch files could be made to be a bit like chat. The older among us may have fond memories of VAX/VMS’s phone command (read about variants here … ah, for the days of card punching and hoppers (one wrong move and it was 30 minutes back to the end of the queue)) … all the operating systems allowed messaging from the command line then … and it was a lot of fun, as chat is now.

Here are some Windows command line commands that come in handy for today’s work:

Anyway, even for the sake of history (when does “history” start?) … have a peek at today’s tutorial performed on an old Windows XP (now obsolete) desktop PC.

We hope you enjoy this tutorial (using VBScript, as first mentioned here at this blog with VBScript Primer Tutorial as shown below) as a live run (based on VBScript programming source code netsendtest.html) which will not work for you unless you use an Internet Explorer browser and NET SEND works for you because you have the Messenger service running, and your firewall settings allow it.

Will leave you with a very informative web page regarding this topic, here … thanks … the VBScript idea (and lots of the source) came from here. One modern software suite of interest in this area is Skype. 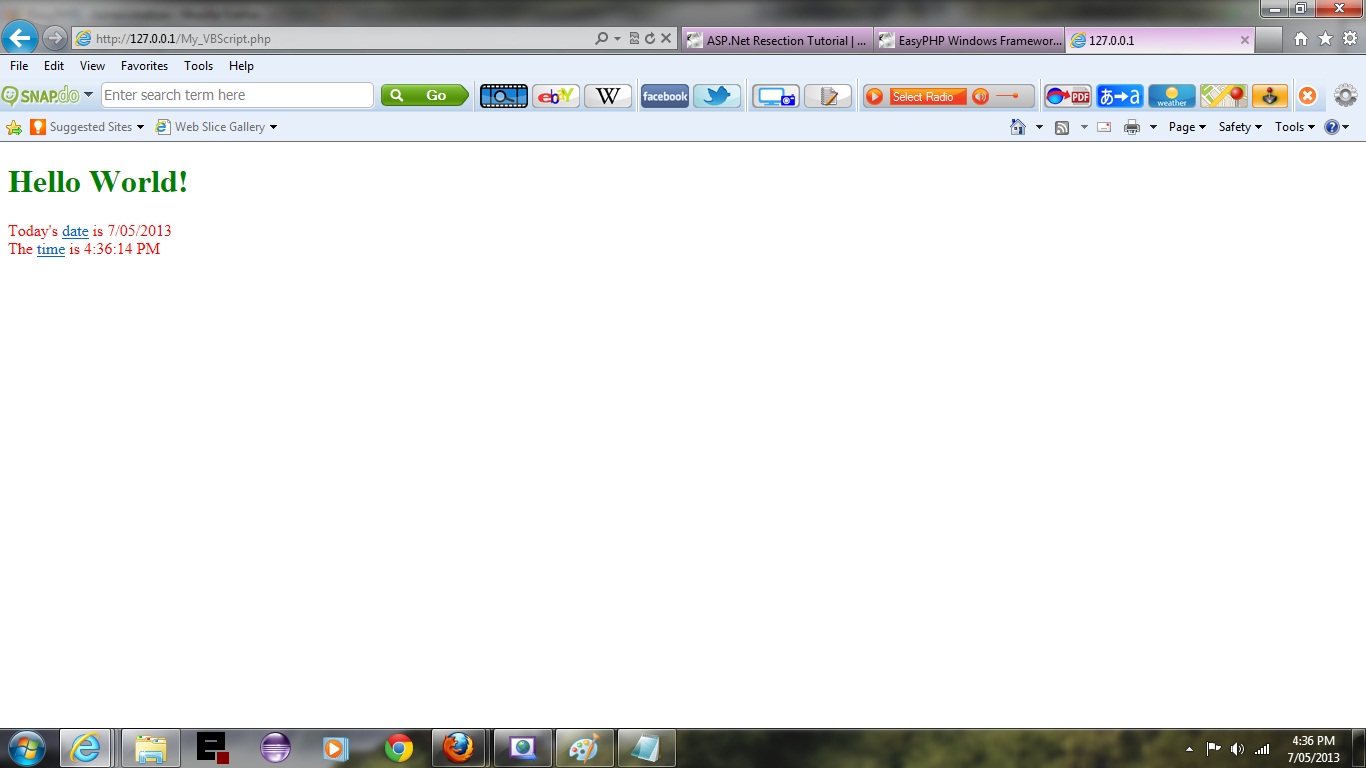 Here is a tutorial that introduces you to some aspects of VBScript.

VBScript (Visual Basic Scripting Edition) is an Active Scripting language developed by Microsoft that is modeled on Visual Basic. It is designed as a “lightweight” language with a fast interpreter for use in a wide variety of Microsoft environments. VBScript uses the Component Object Model to access elements of the environment within which it is running; for example, the FileSystemObject (FSO) is used to create, read, update and delete files.

VBScript has been installed by default in every desktop release of Microsoft Windows since Windows 98;[1] in Windows Server since Windows NT 4.0 Option Pack;[2] and optionally with Windows CE (depending on the device it is installed on).

A VBScript script must be executed within a host environment, of which there are several provided with Microsoft Windows, including: Windows Script Host (WSH), Internet Explorer (IE), and Internet Information Services (IIS).[3] Additionally, the VBScript hosting environment is embeddable in other programs, through technologies such as the Microsoft Script Control (msscript.ocx).

I’ve been curious about VBScript, but have not used it extensively, mainly because cross-browser incompatible code makes me a bit disinterested. However, the Visual Basic functionality and popularity of Internet Explorer, as a browser, means ignorance is not necessarily bliss. It can be used as an alternative client side tool, like Javascript, but only for Internet Explorer. It takes most of its functionality from Visual Basic, but is not VBA, nor is it Camembert … you might be pleased to know.

Let’s see some simple VBScript in action for good old Hello World and showing the current date and time, but not for making toast without you asking in the morning, even though you wanted a chico roll …