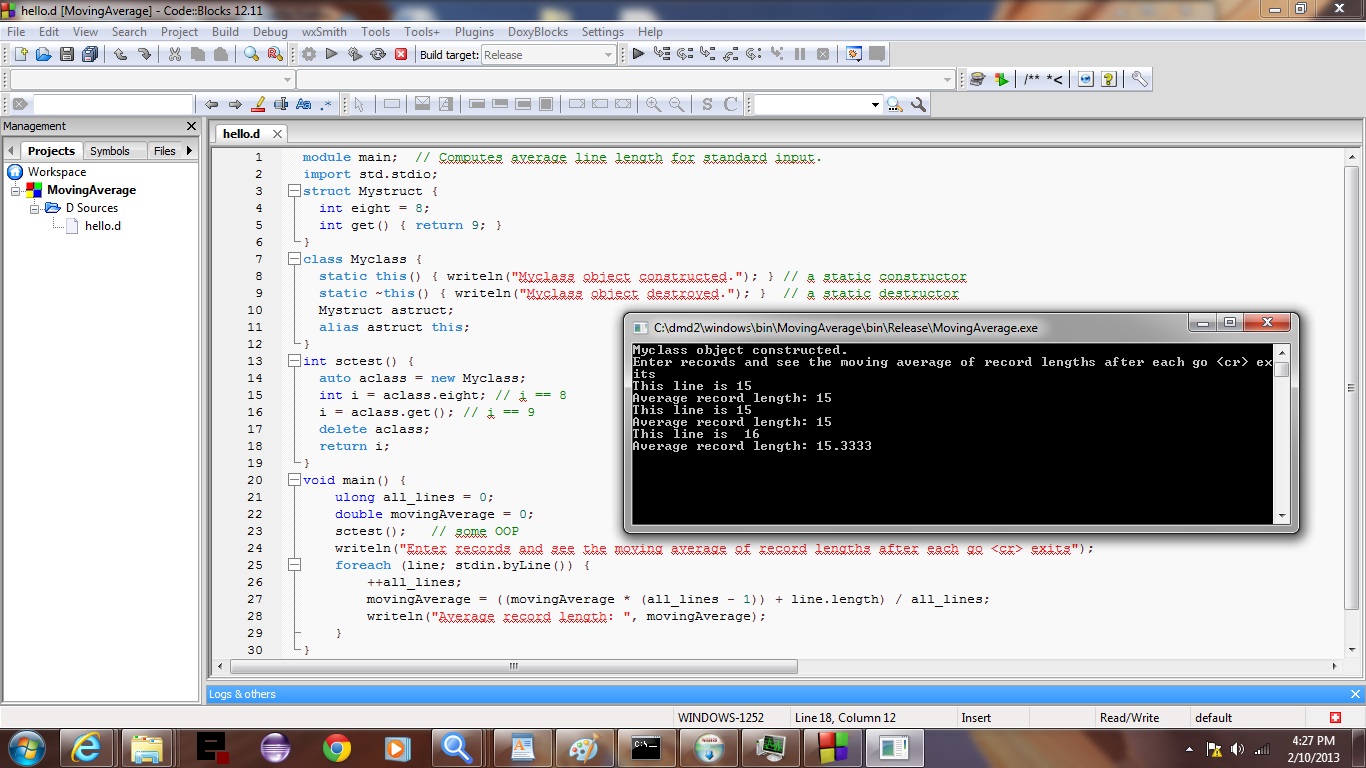 The tutorial today is about a programming IDE called Code::Blocks, and it builds on yesterday’s D Primer Tutorial as shown below.

Programming IDEs take a lot of the hard work out of tasks such as compiling and linking in languages such as D, Matlab, Fortran (Code::Blocks) or Java, C, C++, VB.Net and C# (NetBeans) … and please know that there are many other languages and many other IDEs. In the case of Code::Blocks IDE, which this blog introduces to you today (it’s customary to shake hands, and no Klingon is necessary), it can create a D code project environment. To cut a long story short, there aint nothin’ wrong with a good ol’ IDE, but beware of IDEs in March.

In today’s tutorial we write a simple D program based on idea.d of yesterday, to do with a MovingAverage program, with some simple struct and class bits added on, all under the supervision of Code::Blocks IDE.

So with the tutorial today we don’t do Hello World exactly, but it is pretty simple code to give a moving average of record (lengths) entered at the keyboard interactively, and show a rudimentary struct and class usage. By the way, if this had been written in C as hello.c and put into the right place, the compilation of this into a Digital Mars C program would have been as simple as … dmc hello.c … (and then … hello … to run … cute (and easy), huh?) 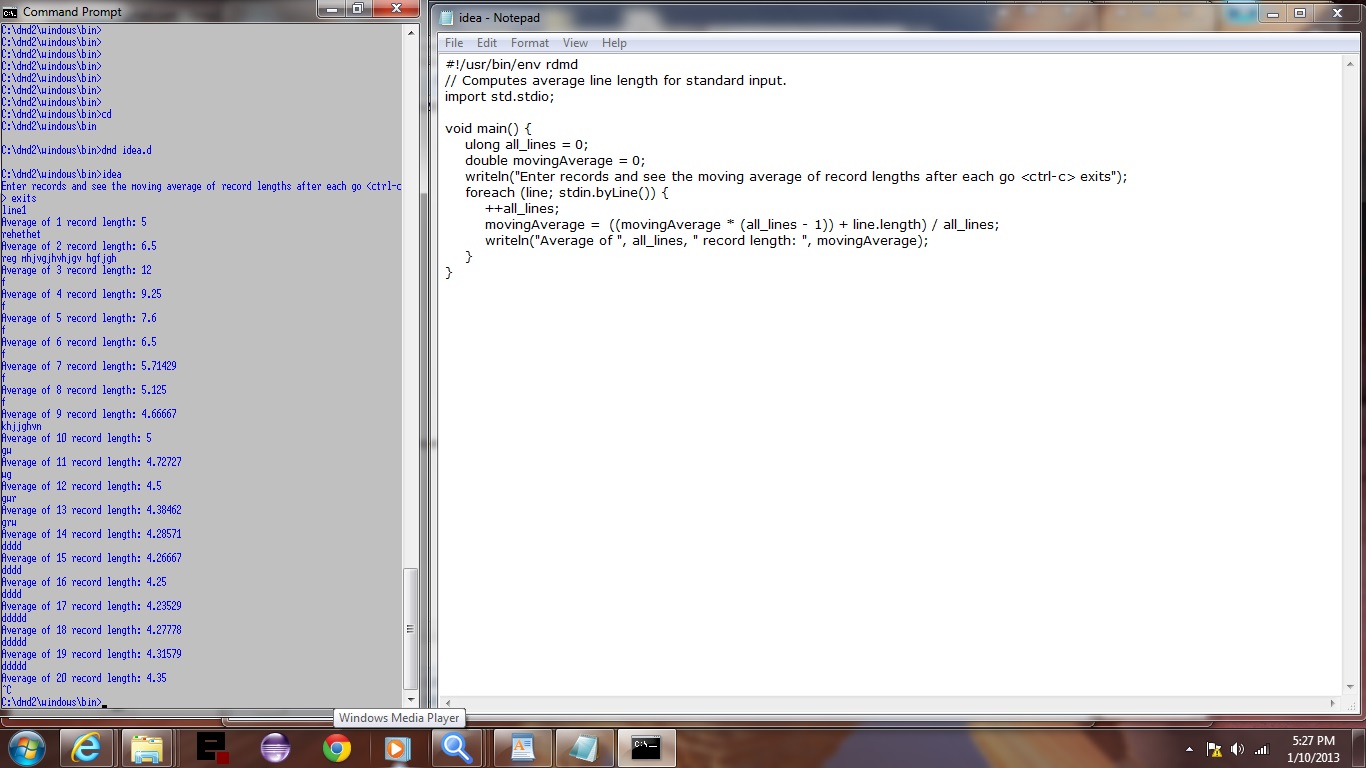 Have been a fan of what Digital Mars do for a while, because if you are interested in programming languages you don’t want to interfere with various IDE programming language compilation arrangements, and the GCC/Xcode relationship, for example, is quite complex, and you probably don’t want to push its functionality in wrong directions, or you could break your environment … and we all know breaking up is hard to do.

Digital Mars C is like an independent voice (but in saying that, tomorrow’s tutorial shows it integrated into Code::Blocks IDE) and have been using it successfully on Windows for quite some time, especially for quick one off programs that need doing … though the “toast at breakfast even if you don’t want it” algorithm still needs work.

Am selling Digital Mars short to just stop at that. Take a look at the language D (it comes after C), and yes, with Digital Mars arrangements, please first install C (didn’t show you this with install, but “just do the Nike” on it).

The D programming language is an object-oriented, imperative, multi-paradigm system programming language created by Walter Bright of Digital Mars. Though it originated as a re-engineering of C++, D is a distinct language, having redesigned some core C++ features while also taking inspiration from other languages, notably Java, Python, Ruby, C#, and Eiffel.

D’s design goals attempt to combine the performance of compiled languages with the safety and expressive power of modern dynamic languages. Idiomatic D code is commonly as fast as equivalent C++ code, while being shorter and memory-safe. [7]

So with the tutorial today we don’t do Hello World exactly, but it is pretty simple code to give a moving average of record (lengths) entered at the keyboard interactively. By the way, if this had been written in C as idea.c and put into the right place , the compilation of this into a Digital Mars C program would have been as simple as … dmc idea.c … (and then … idea … to run … cute (and easy), huh?)