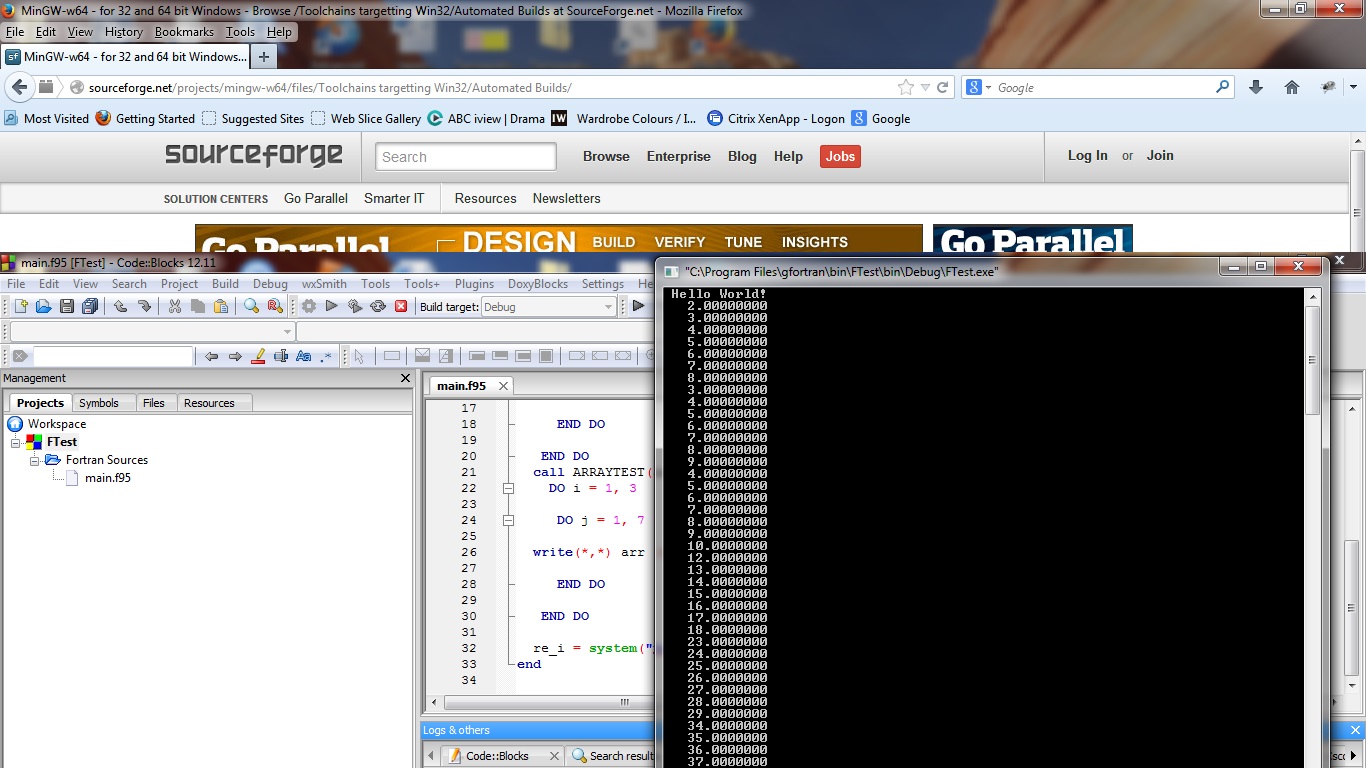 The tutorial today is about a programming IDE called Code::Blocks, and we use this to create a project in which a Fortran Windows 32bit application calls a Fortran DLL doing some simple work with a two-dimensional array (and saying hello … bienvenuto … selamat pagi … g’day).

Programming IDEs take a lot of the hard work out of tasks such as compiling and linking in languages such as D, Matlab, Fortran (Code::Blocks) or Java, C, C++, VB.Net and C# (NetBeans) … and please know that there are many other languages and many other IDEs. In the case of Code::Blocks IDE, which this blog reintroduces to you today (it’s customary to shake hands, and no Klingon is necessary), it can create a C++ Win32 GUI project environment. To cut a long story short, there aint nothin’ wrong with a good ol’ IDE, but beware of IDEs in March.

In today’s tutorial we write a simple Fortran Windows 32bit application that calls a DLL.

Points of some interest (with thanks for tutorials) are: