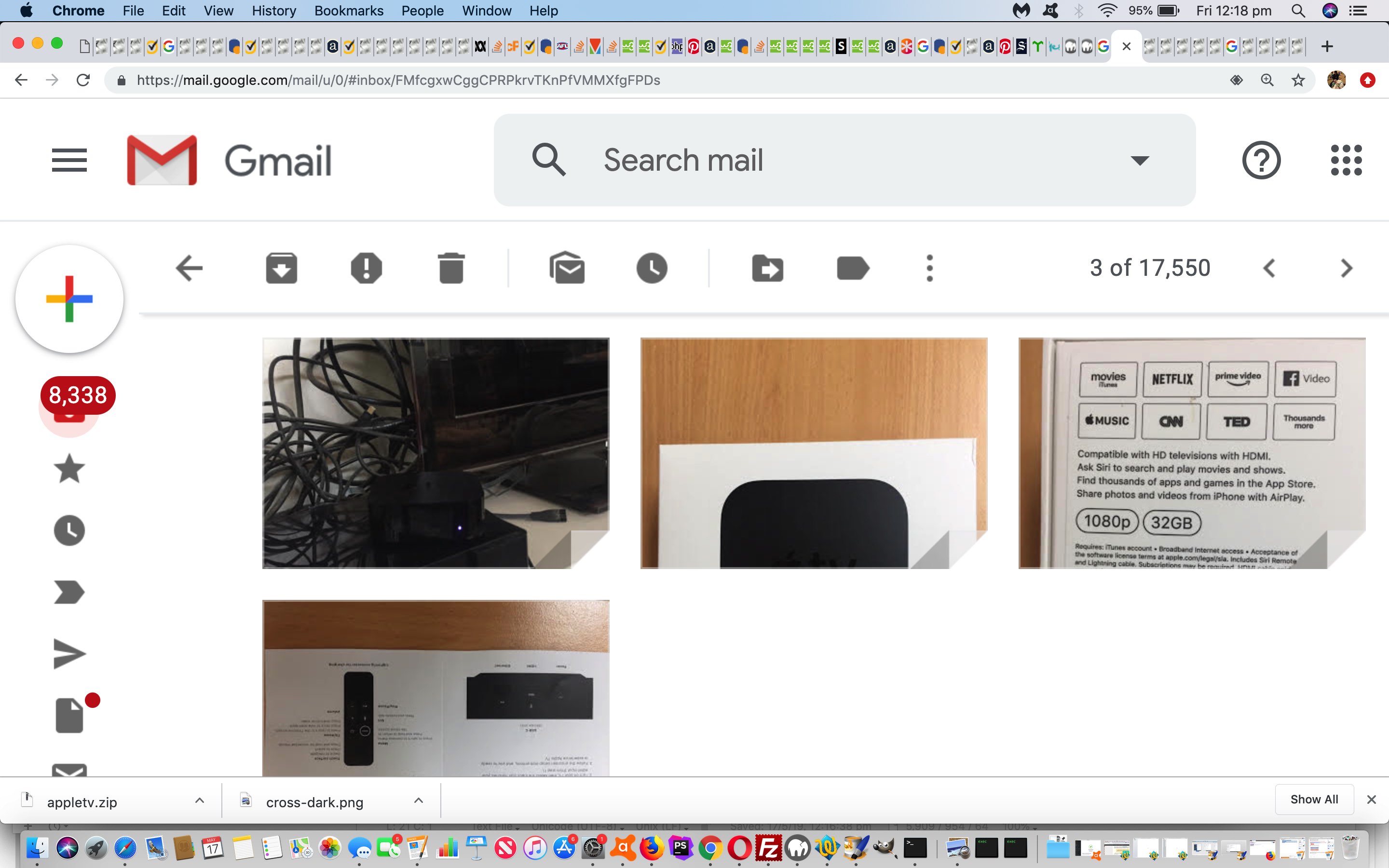 We’re following up on the previous Apple TV Primer Tutorial with an upgrade because it is far more functional today, with its live television options (doing away with the need for television aerials for live streaming alternative), and we want to admire the Apple TV setup’s adroitness combining …

Those two appearing together all the time in Settings scenarios, we’ve often wondered how best to combine their talents, and the recent Apple TV version’s setup used them effectively (though optionally) to our minds.

At a certain point in the setup a choice that could make use of WiFi and Bluetooth together saved us having to remember Apple ID passwords and other such matters. At this point you could bring your other Apple device up close to the Apple TV device during the setup and arrange that Bluetooth was on, and it proceeded as if to suck the useful setting data out of the iPad device we offered up to the “Apple TV God”.

Very savvy indeed, and take a look at some Apple TV stream of consciousness here.

Do you like the jiggle? Let me explain. In iOS land you can delete mobile apps, effectively, by holding a touch down for a while, and waiting for all the icons to jiggle, and (re)touch any you want to delete. Well, the Apple TV operating system can work the same way. Also the same mobile app Install and Open arrangements, so the setup will be familiar to many, am sure. 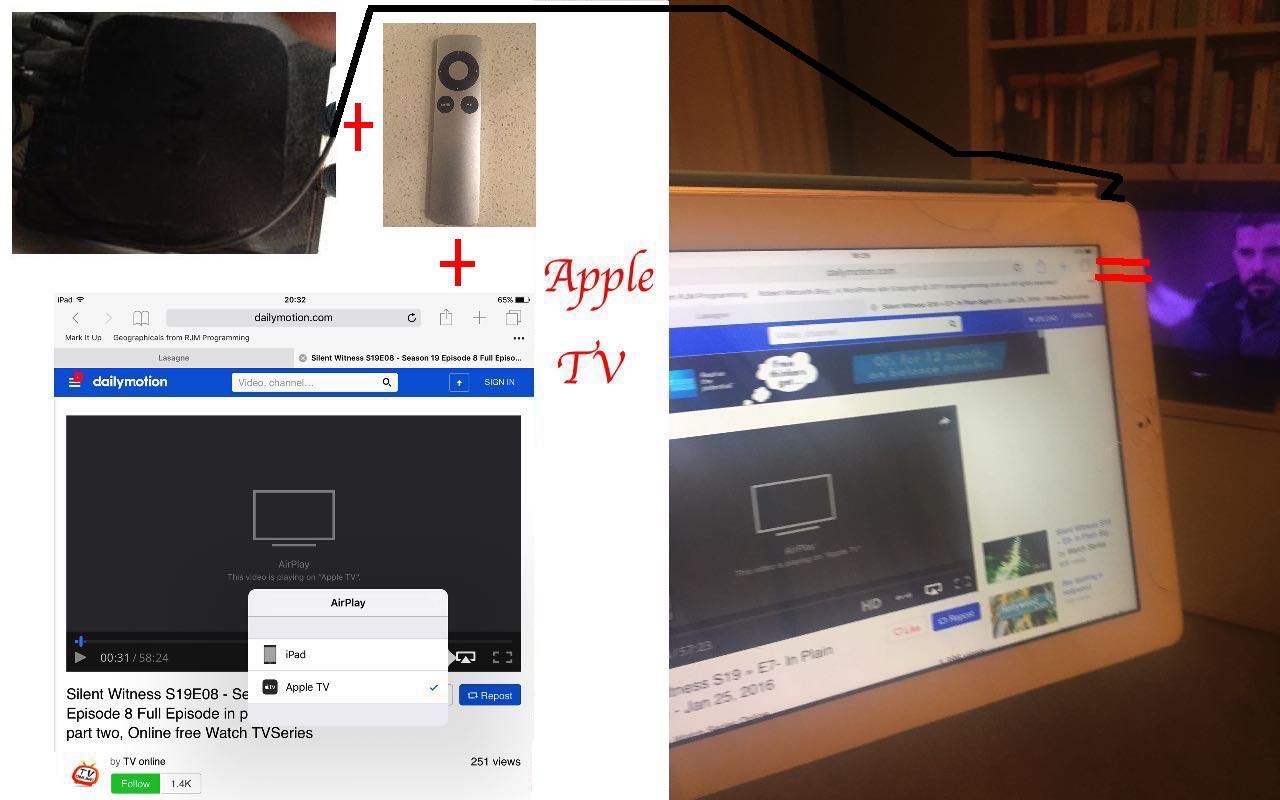 Do you own Apple devices like iPads and iPhones? Do you have a home WiFi wireless router? And do you have a reasonable modern television, or other home-theater device?

Three yes (or yes, no, yes might still work (with AirPlay) on reading here), here, and if you don’t already (have it and working), you might be interested in a product called Apple TV, a hardware product consisting of a “box” and a remote control.

With Apple TV, whatever you can do with video, and/or streaming services, on the iPad or iPhone can often be “projected” (or (Apple says) “mirrored”) onto that much bigger television screen, so that a presentation or piece of entertainment can be shared with others.

The setup is easy, as you can see from this link from Apple …

To start over at any time, unplug your device from power, then plug back in.

Much more amazing than that “old days” feeling of a Windows desktop being projected onto multiple screens at once!