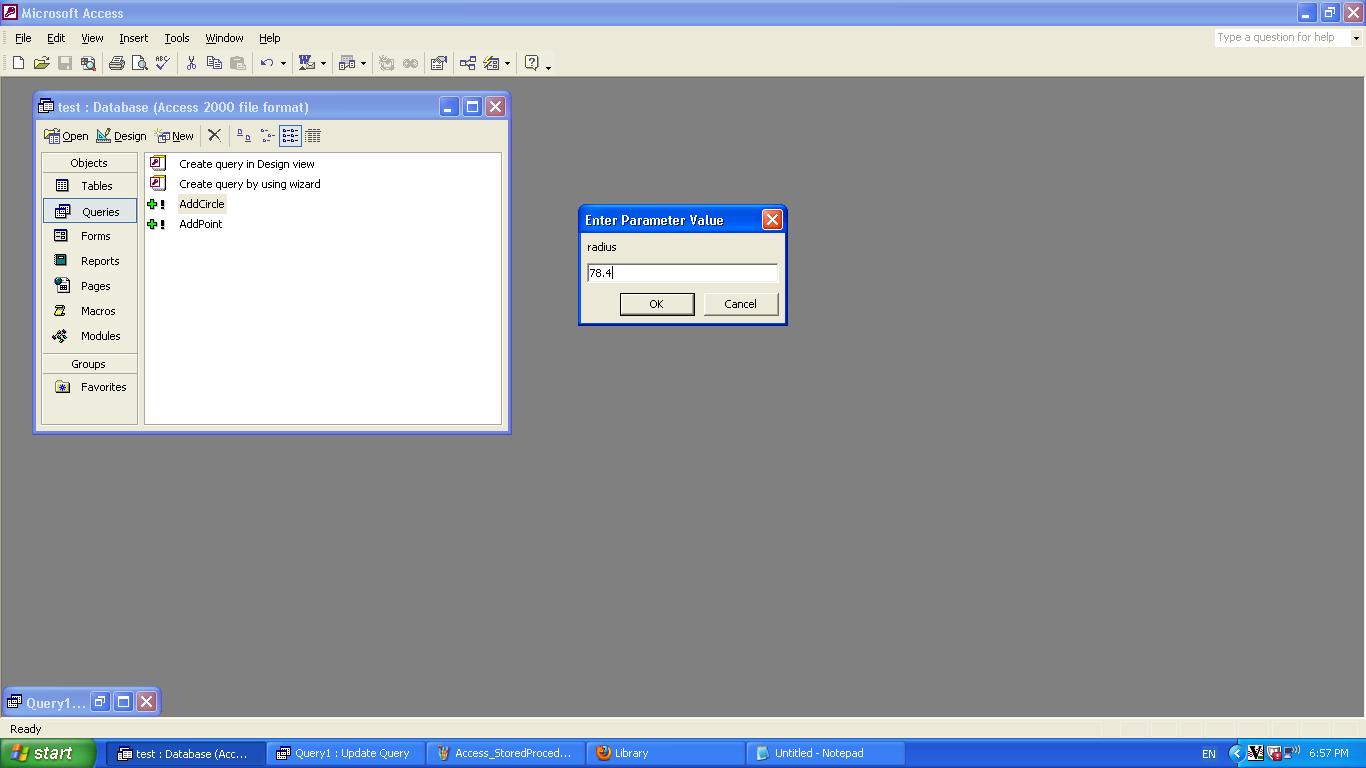 Today’s tutorial, which builds on previous Access Primer Tutorial, uses Microsoft Office’s database application called Access to oversee the results of some SQL code calls to create tables called POINT and CIRCLE used to store information defining a circle, and then it creates two Access “Stored Procedures” (in quotes because they are really Stored Queries) in the database to help add circle data with two separate AddPoint then AddCircle Stored Query operations. The tutorial takes place on a Windows desktop. Let’s see below what Wikipedia says about Stored Procedures generally.

A stored procedure is a subroutine available to applications that access a relational database system. A stored procedure (sometimes called a proc, sproc, StoPro, StoredProc, sp or SP) is actually stored in the database data dictionary.

Stored procedures are similar to user-defined functions (UDFs). The major difference is that UDFs can be used like any other expression within SQL statements, whereas stored procedures must be invoked using the CALL statement.[1]

Here is some downloadable Access SQL code which shows the Access SQL commands performed and can be renamed to AddPoint.sql as required.

Here is some downloadable Access SQL code which shows the Access SQL commands performed and can be renamed to AddCircle.sql as required. 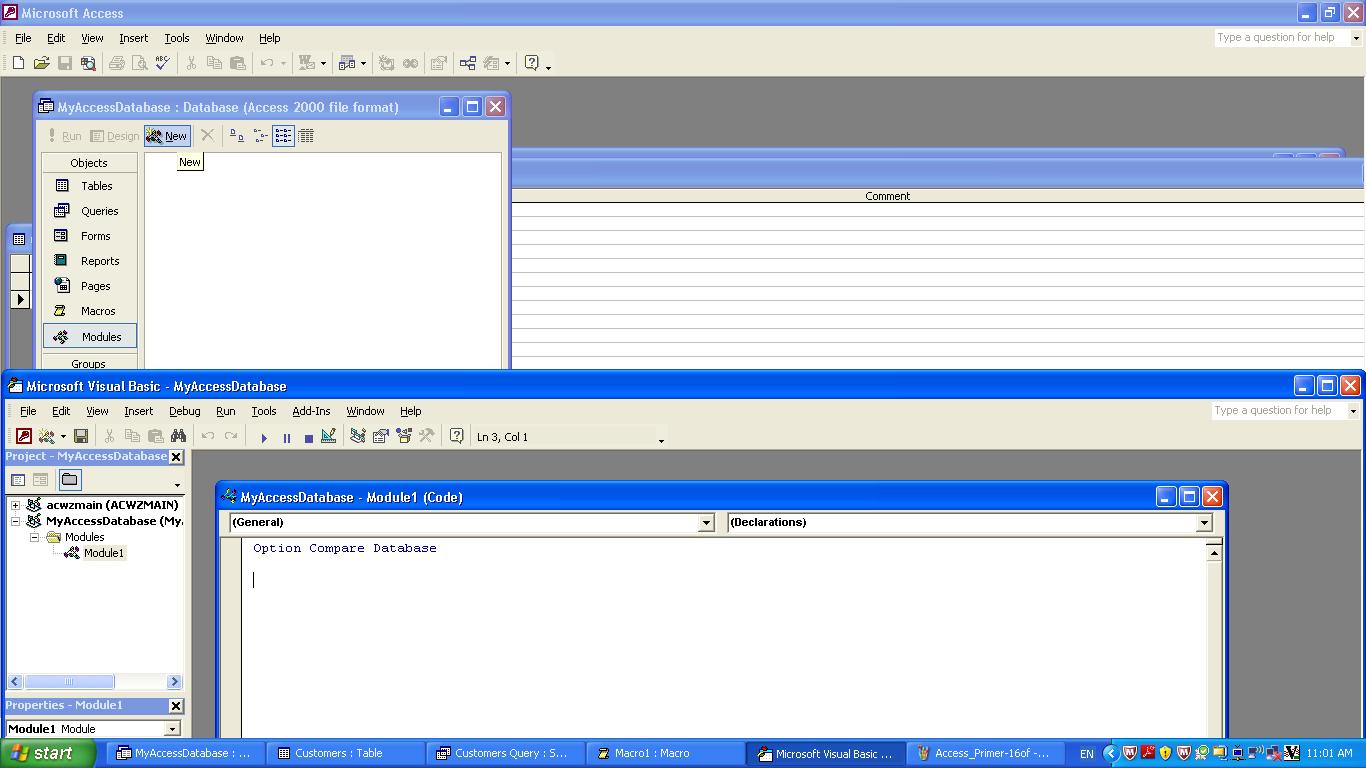 Microsoft Access, also known as Microsoft Office Access, is a database management system from Microsoft that combines the relational Microsoft Jet Database Engine with a graphical user interface and software-development tools. It is a member of the Microsoft Office suite of applications, included in the Professional and higher editions or sold separately.

Microsoft Access stores data in its own format based on the Access Jet Database Engine. It can also import or link directly to data stored in other applications and databases.[1]

Software developers and data architects can use Microsoft Access to develop application software, and “power users” can use it to build software applications. Like other Office applications, Access is supported by Visual Basic for Applications, an object-oriented programming language that can reference a variety of objects including DAO (Data Access Objects), ActiveX Data Objects, and many other ActiveX components. Visual objects used in forms and reports expose their methods and properties in the VBA programming environment, and VBA code modules may declare and call Windows operating-system functions.

Doing this tutorial, I was amazed how business friendly it is, and can imagine setting up workable systems in a short space of time. Love the way it suggested table structures immediately friendly to many working business environments. Add to this its support for VBA, SQL queries, Macros and Forms, and you can see its power.

In the primer tutorial you can see the Microsoft Office Access program in use, though there are more recent improved versions of this product available. Want to direct you towards some useful links below.

You’ve Got Personality song could become You’ve Got Accessability ?